The Asus ZenBook 14X OLED Space Edition is the kind of laptop that’s made for a small number of people, but it delivers exactly what they want – for the most part. There’s very little here that you won’t like, but its surprisingly short battery and hefty price tag make the device a powerful, premium showpiece that’s best kept in orbit around a nearby power outlet.

The Asus ZenBook 14X OLED Space Edition was made for a very specific group of people, and it won’t just meet their expectations; it will blow clear past them – and look fantastic while doing it.

Whether it’s the quality of its crisp and vibrant OLED display, or the incredible performance of its Intel Alder Lake processor, the ZenBook 14X OLED Space Edition is the best Ultrabook we’ve had our hands on so far this year. And, given the hardware it’s packing under the hood, it will almost certainly be in the fight for the top spot even as more of this year’s Ultrabooks roll out from competing laptop makers.

Surely anyone can combine an Alder Lake Core i9 with in an OLED display in their Ultrabook and likely get similar performance. But what makes the ZenBook 14X OLED Space Edition stand apart from the rest is that last bit in its name. The Space Edition was designed to celebrate the 25th anniversary of Asus sending its laptops into space in 1997, and the device is brimming with all kinds of unnecessary but awesome touches that won’t mean much to the uninitiated; but if you know the meaning of the latin term Ad Astra, then this is your laptop.

Sadly, the ZenBook 14X OLED Space Edition’s attempt at true greatness is cut short way too soon by its sub-par battery life, which burns out more quickly than even many of the newer gaming laptops we’ve seen in the past year. For an Ultrabook of this price, we really expected the battery to hold out for far longer.

And while it certainly makes writing a review easier, the lack of configuration options is also something that disappoints. Whether the ZenBook 14X OLED Space Edition needs something as powerful as a Core i9 Alder Lake processor is debatable – a slightly less powerful processor might have been a good trade-off for greater battery life. Alder Lake chips soak up energy like a supermassive black hole, so some moderation might have helped here.

But what is moderation anyway when you’re shooting for the Moon? The Asus ZenBook 14X OLED Space Edition does just that, and despite its shortcomings it still finds itself among the stars. Just don’t forget to bring a charger. 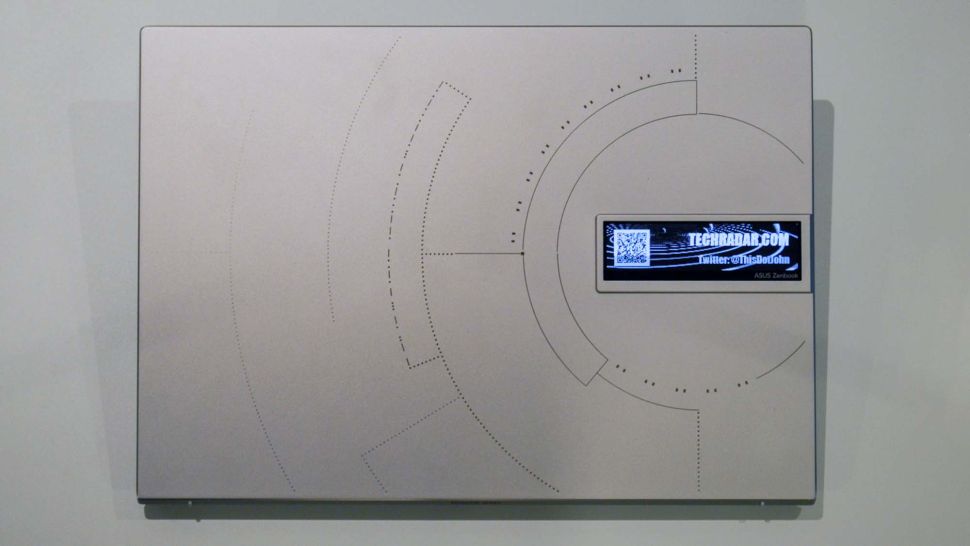 The Asus ZenBook 14X OLED Space Edition is available now for $1,999/£1,599/about AU$2,799, and is available in the US and UK. We’ve reached out to Asus about Australian availability and pricing, and will update this review once we hear back from the company. 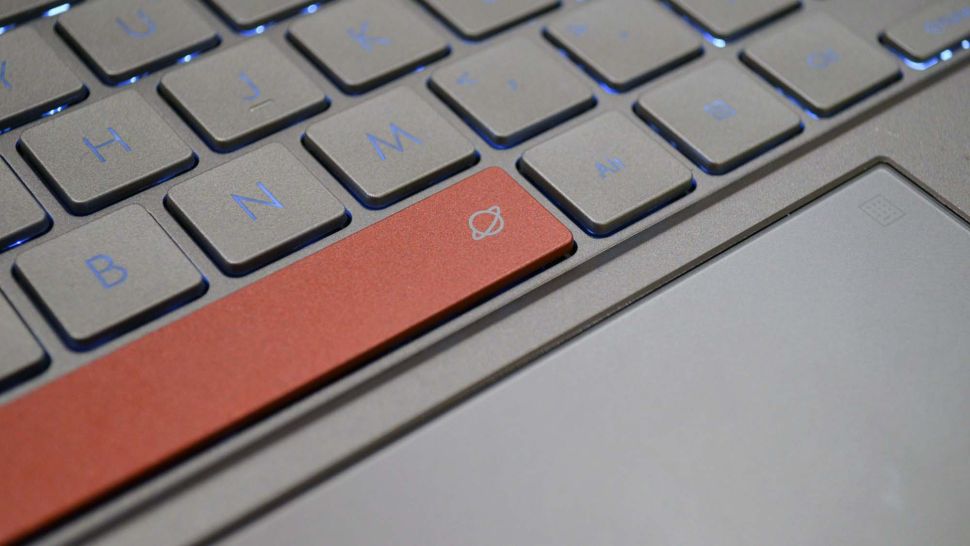 As impressive as the Asus ZenBook 14X OLED Space Edition’s performance and features might be, it’s the design that really sells the laptop.

In 1997, Asus sent several units of its first laptop, the P6300, up to the Russian Mir space station, where cosmonauts used the devices for an extended 600-day mission in space. According to Asus, the laptops were a hit with the crew (take that with a touch of salt, obviously). The ZenBook 14X OLED Space Edition commemorates that original mission to the Mir, with a number of design elements and easter eggs for us space nerds.

First among these is the laser etchings on the aluminum lid that represent the shape and contours of a space station capsule. This motif is only strengthened by the 3.5-inch ZenVision OLED display that feels like it could be a space station window.

There are also subtle hints of morse code on the lid, with one of these lines tapping out the morse code for ad astra per aspera, which is an old Latin proverb meaning “Through hardships to the stars.”

Open the lid and you you’ll find more etching, with two lines framing the trackpad that are supposed to evoke the look of a cockpit. Further away towards the edges, you’ll find a wider set of lines that represent the orbit of the Mir, which is itself represented by a simple stylized drawing of the station to the left of the trackpad.

The space bar is highlighted with a reddish-orange accent color (which you’ll also find on the power button), as well as a pictogram of something in orbit around the Earth – at least that’s this reviewer’s interpretation, but it could be Saturn. Space is a mystery.

The keyboard feature’s backlit keys that are pleasant enough to type on and the trackpad is responsive, especially thanks to the OLED display’s 0.2ms pixel response. The trackpad can also act as a number pad, if you’re in need of one.

The OLED display tilts the keyboard angle up when fully open, making typing a far more ergonomic experience than many other laptops. Considering the thinness of the laptop, we’re glad to see that Asus was able to squeeze in a good number of ports, including two USB Type-C Thunderbolt 4 ports and one HDMI 2.0 port for multiple external monitor support. 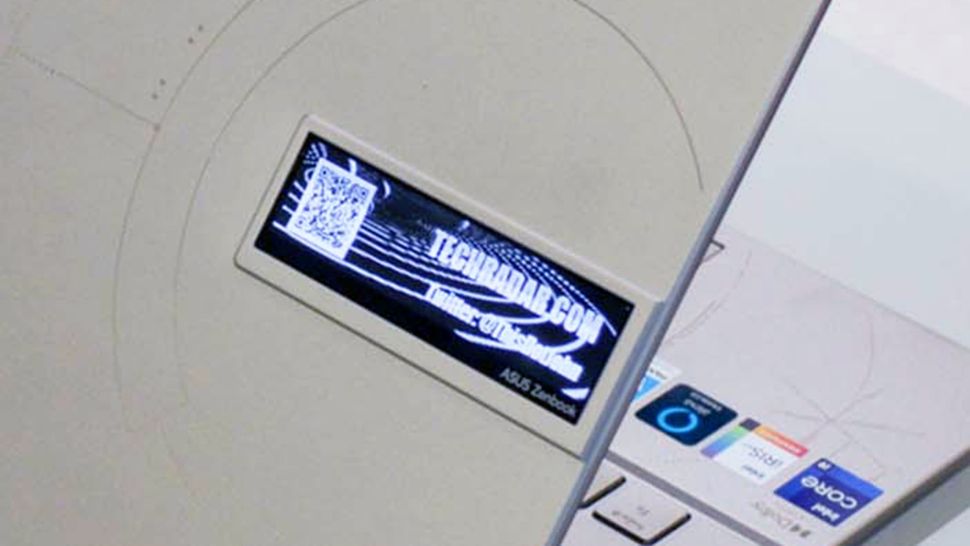 There are several features worth mentioning about the Asus ZenBook 14X OLED Space Edition. First, there’s the Asus ZenVision 3.5-inch OLED display on the lid of the laptop. This can display the time, battery life, and other messages, as well as QR codes, custom messages and several accompanying animations. We’d have liked more variety in the animations, but there are enough to ensure everyone will find one they like.

Speaking of OLED displays, the primary panel is bright and vibrant, with up to 550 nits of peak brightness, a 1,000,000:1 contrast ratio, and DisplayHDR 500 True Black with a black brightness of just 0.0005 nits. The 2800 x 1800p resolution is crisp, and the color range of the OLED is excellent. It should be: it’s Pantone-validated and covers 100% of the DCI-P3 color gamut. 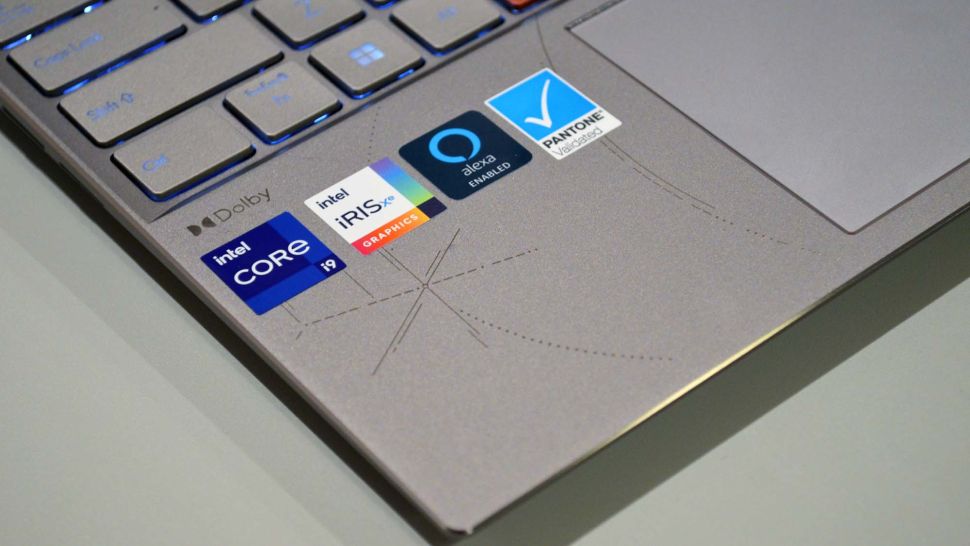 The performance of the Asus ZenBook 14X OLED Space Edition is among the best we’ve seen all year, due in no small part to the Intel Core i9-12900H processor, 32GB of LPDDR5 RAM, and 1TB M.2 PCIe SSD.

We’re only just starting to get our hands on laptops with the latest 12th-gen Intel Core processors, so there aren’t too many laptops out there at the moment to which we can fairly compare the ZenBook 14X OLED Space Edition. Comparing its performance to last year’s best laptops feels like an even bigger mismatch than normal. Intel Alder Lake really is that good.

Here is how the Asus ZenBook 14X OLED Space Editionperformed in our suite of benchmark tests:

In our Asus ZenBook 13 review in 2021, we found that model to offer some of the best performance of anything we’d seen that year in the Ultrabook market, and it has held onto its place in our best laptop list ever since.

The ZenBook 14X OLED Space Edition absolutely obliterates the ZenBook 13’s scores, reaching 11,508 in Cinebench R23’s multicore benchmark compared to the ZenBook 13’s 7,773. Granted, the ZenBook 13 was running an AMD Ryzen 7 mobile processor, so it wouldn’t really have much shot against an Alder Lake i9; but that’s still a huge jump.

If we look at the Lenovo ThinkPad Xi Carbon, which had a last-gen i7-1165G7, it too doesn’t score nearly as well, clocking in 5,389 in Cinebench R23 multi-core. The Intel Iris Xe graphics has also seen a marked improvement with the new Alder Lake chips, since the ZenBook 14X OLED Space Edition racked up 19,077 points in 3DMark Night Raid compared to the X1 Carbon’s 15,633.

All this is to be expected really, given that the ZenBook 14X OLED Space Edition is running an i9-12900H – but all that performance appears to come at quite a cost. 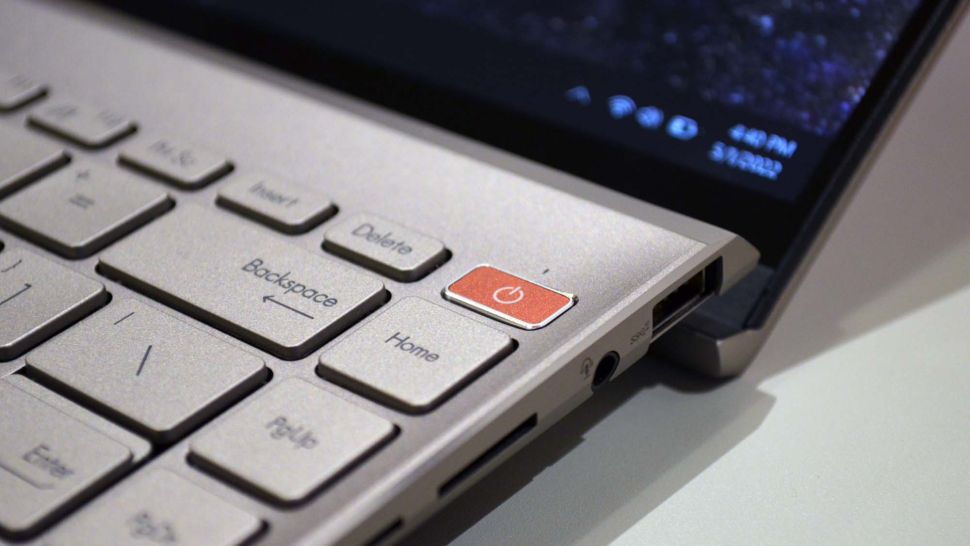 And now we come to the area where the Asus ZenBook 14X OLED Space Edition nearly broke our hearts. You can expect modern Ultrabooks to easily make it through a full eight-hour workday these days, especially with Intel Evo certification that requires nine-hour battery life at a minimum. It will be very interesting to see how Intel Alder Lake shakes up that expectation, since it clearly uses up far more power than its predecessor – and it looks like this absolutely tanks the battery life on the ZenBook 14X OLED Space Edition.

In our PCMark 10 battery test, the ZenBook 14X OLED Space Edition lasted, four hours and 41 minutes on average, while in our FHD movie test, it lasted on average just four hours. You could blame the OLED display, but you’d be wrong – the ZenBook 13 has an OLED display that’s only slightly smaller than this one, and it lasted more than twice as long.

As we see more 12th-gen Intel Core-powered laptops this year, we’ll be better able to determine from where this poor battery life stems. I don’t think the ZenBook 14X OLED Space Edition will be an outlier in this regard; we saw something similar in our Razer Blade 15 (2022) review as well. Unfortunately, this will likely be the new normal for Alder Lake laptops.

Should you buy an Asus ZenBook 14X OLED Space Edition? 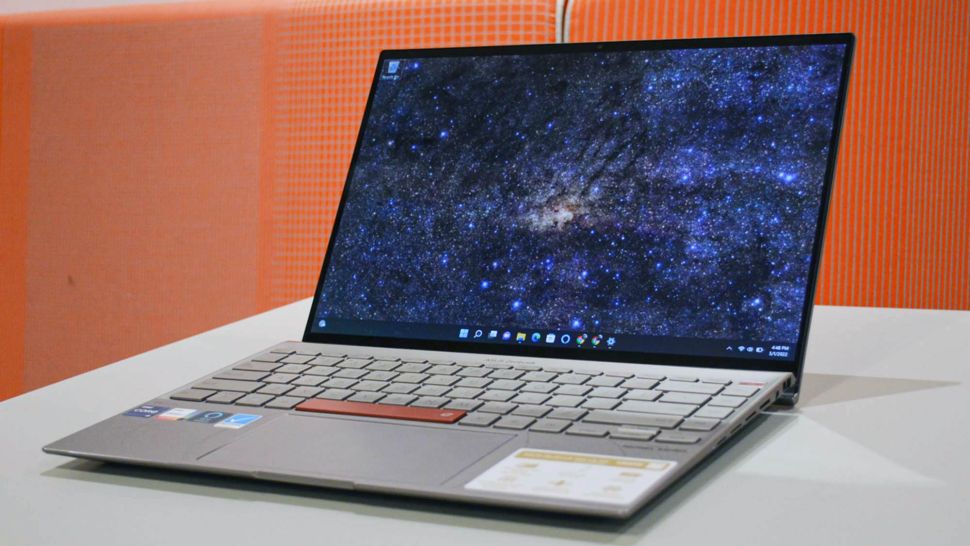 So, what about it then? Should you buy an Asus ZenBook 14X OLED Space Edition? It won’t be for everybody, for sure, but for those who it’s made for, you’ll absolutely want to grab this one.

You’re a space head
Look, you know who you are, and this is the Ultrabook for you.

You want fantastic performance
The 12th-gen Intel Alder Lake Core i9 processor here is a beast that will chew through all sorts of everyday tasks.

You want a gaming or content creation laptop
While the Intel Core i9-12900H processor is certainly powerful, the integrated Intel Iris Xe graphics won’t handle any serious gaming or rendering.

Asus ZenBook 13 (2021)
While this ZenBook is a tad smaller and lacks the kinds of special features that the ZenBook 14X Space Edition includes, if you’re looking for an all-day performer (at a decent price), then this is definitely one to consider.

Apple MacBook Air (M1, 2020)
If you’re looking for an Ultrabook, we can’t not talk about the MacBook Air with M1 chip, which we’ve considered to be the best laptop around since it debuted nearly two years ago. Sure, it doesn’t have the space theme to it, but it’s still one of the most powerful lightweight laptops you’re ever going to find.