Trade in Lenovo Legion Tower 5i

Let’s be honest here, a majority of consumers can’t afford a gaming PC, despite PC gaming growing faster than ever. This is what makes the Lenovo Legion Tower 5i so great for folks just starting out with PC gaming. At a base-price of $949 (£999.99, AU$1,351.59 ), this entry level gaming desktop features a six-core Intel Core i5 processor, 8GB of RAM, an NVIDIA GeForce GTX 1660 Super and a 256GB PCIe SSD alongside an extra 1TB 7200RPM HDD.

This hardware may not deliver the absolute greatest performance for AAA-titles. For example, the budget-friendly GTX 1660 Super included doesn’t offer ray tracing or DLSS capabilities. SSD storage is fairly low at a time where game sizes are increasing as well. However, it’s more than enough for today’s biggest esports games like Fortnite, Rocket League and League of Legends. Plus, upgrading the Legion 5i isn’t difficult when the time eventually comes. 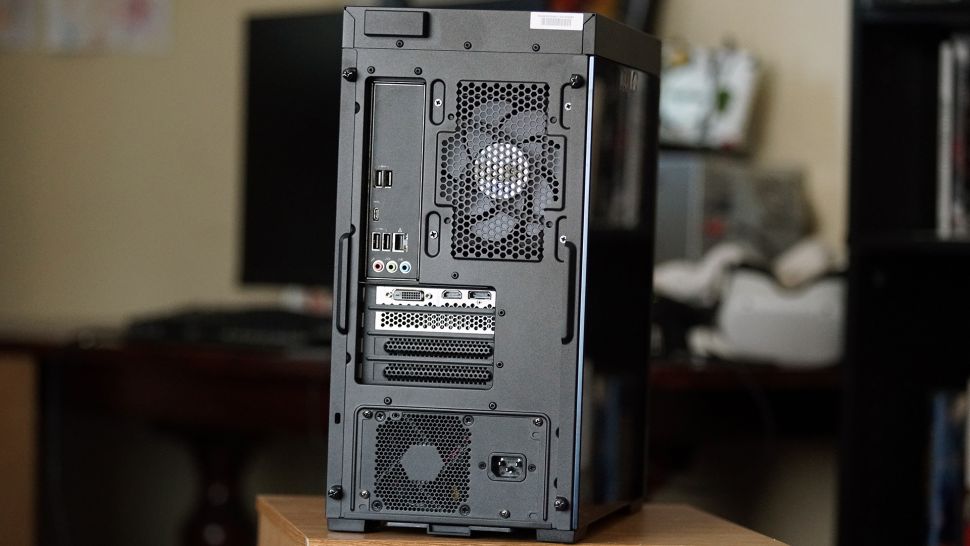 Out of the box, the Legion Tower 5i provides an attractive raven-black tower chassis. The bold front-facing Legion logo and fans behind it feature RGB lighting that’s customizable through the Vantage app. Those looking to showcase the desktop’s innards will appreciate the transparent glass side panel. Front and rear ventilation keeps the Legion Tower 5i cool with a total of five possible locations to maximize cooling. There are two USB-A ports alongside headphone and microphone jacks in the front, though it would be nice to have at least one USB-C port there. In the rear, there are four USB-A ports, one USB-C, 5.1 Channel audio out and an ethernet port. That should definitely be enough for a basic keyboard, mouse, headset and webcam set up.

Included with the Legion Tower 5i is also a keyboard and mouse which should be ignored, as both lack gaming features. Considering a lot of brands don’t include these at the base level, the additions are admirable. Gamers looking to get serious competitively are going to have to leave these plastic components in the bin for something better. 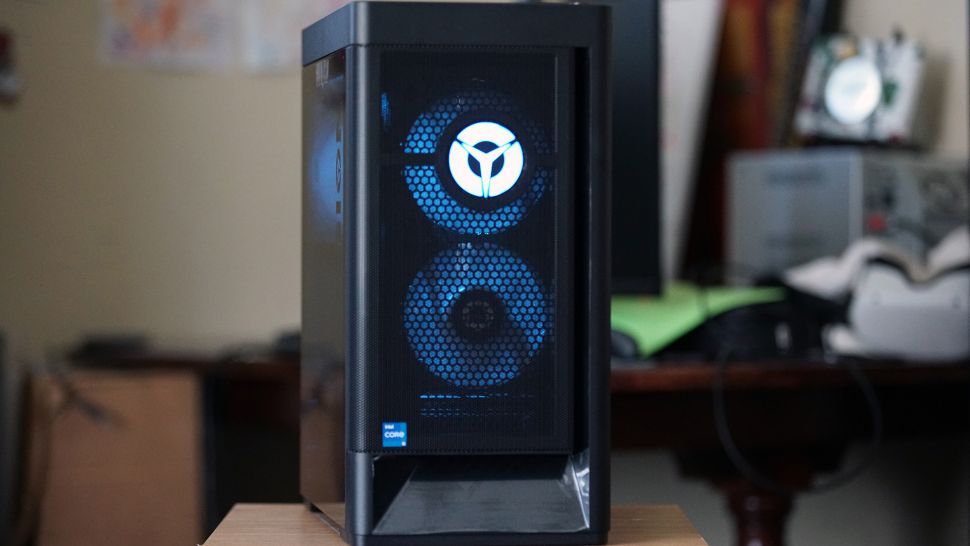 The Legion Tower 5i offers solid 1080p on high-to-mid range settings. Older games like Total War: Three Kingdoms and Metro Exodus maintained an average framerate in the 40s on Ultra settings at 1080p. During the first beta-test weekend for co-op zombie shooter Back 4 Blood, the Legion Tower 5i stayed locked at 60fps on mid-to-high settings at standard HD resolution. Other games with greater visual fidelity like Gears 5, Resident Evil Village and Doom Eternal performed adequately as well on comparable settings and resolution. As mentioned above, gamers are going to have to pay more for the RTX 3060 if they want to utilize newer technology like ray tracing and DLSS.

High frame rates take precedent over visual fidelity in competitive gaming anyway. Therefore, gamers looking for more esports performance standards can rest easy that the Legion Tower 5i can handle Fortnite, Apex Legends, PUBG and Rocket League without breaking a sweat whether played through the SSD or HDD.

The Legion Tower 5i does offer Nahimic 3D as a standard audio driver. It’s serviceable for gamers who are looking to get decent virtual surround sound on budget headsets. For aspiring competitive gamers, situational awareness is crucial and Nahimic 3D works well and there’s a handy software app as well for fine-tuning. Users who may find themselves in the budget end of the gaming headset spectrum may find this a bit useful until they can upgrade to the THX or Dolby Atmos variety. 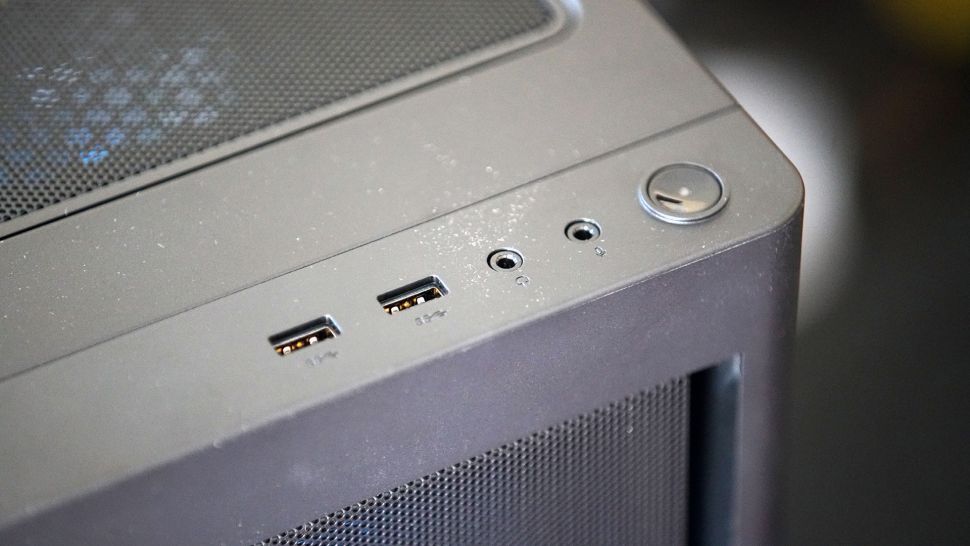 As mentioned previously, the Vantage app is a great way to customize the look of their Legion Tower 5i. There are other features on the app including performance tuning, component updates and customer service information like warranty status.

Anyone looking to dive into the PC gaming world or simply need a pre-build rig to play the more popular esports titles without breaking the bank should definitely give the Legion 5i some attention. Beyond putting those storage management skills to work on the 256GB SSD, users may want to leave the included keyboard and mouse alone for something better.  Most importantly, the 1080p performance is respectable on mid-to-high level settings on most games and those wanting to eventually upgrade can do so without much problem. 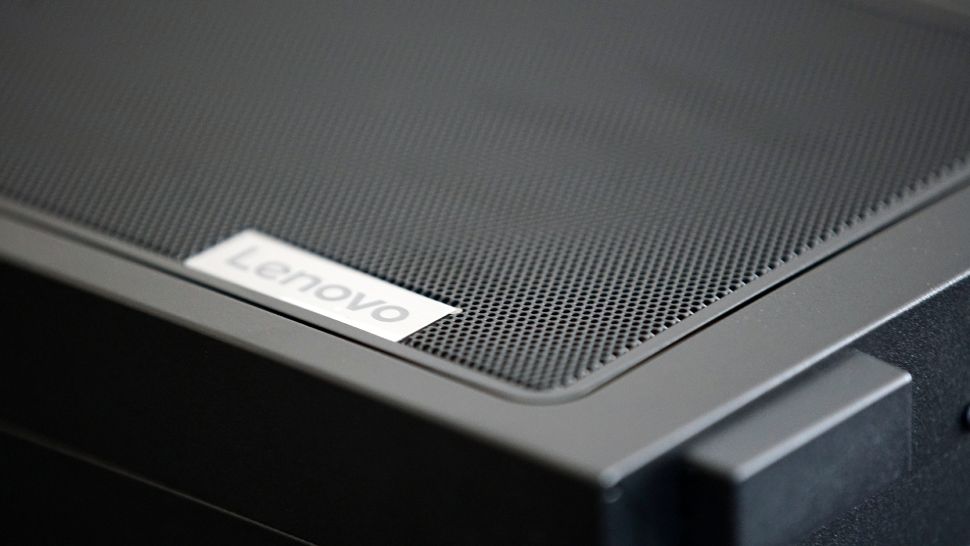 You need a gaming PC for mainly esports purposes
The Lenovo Legion 5i can play the most popular esports titles like Fortnite and Rocket League available at competitive standards without any real problems.

You need an affordable gaming PC with solid 1080p performance
At 1080p, the gaming desktop can handle popular AAA titles including Gears 5, Back 4 Blood, Doom Eternal and the likes at mid-to-high settings.

You eventually want to upgrade
The black tower chassis may offer attractive RGB lighting but the case itself is easy to open and maneuverable for upgrades. 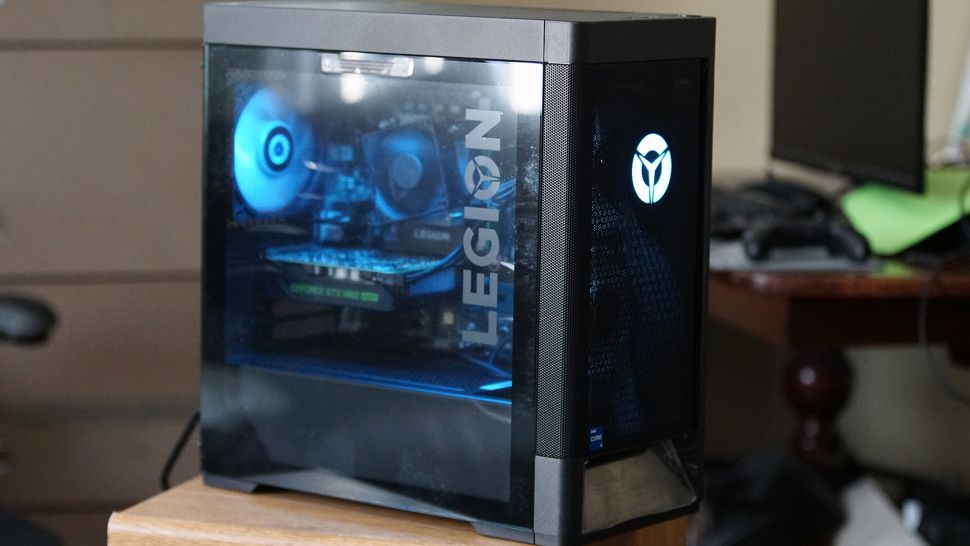 Don’t buy it if

You want something significantly more powerful performance wise
The six-core Intel i5, 8GB of RAM and GTX 1660 may be enough to please competitive gamers who want high frame rates. However, those looking to game at the highest visual fidelity standards may want to look elsewhere.

You want more standard SSD storage
The additional 1TB HDD included is respectable. However, the 256GB SSD may not be enough for some of the bigger resource holding titles.