HP is raising the bar with the HP Spectre x360 (2021). The way the company paired impressive performance with style and portable made last year’s model of the HP Spectre x360 one of the best laptops we’ve tested. And, 2021’s model improves on that with that much-coveted Intel Evo certification.

Since the Intel 11th-gen CPUs power the new HP Spectre x360 (2021), it has even more power hiding inside. And, since it’s made to the specifications of that Intel Eve certification, the x360 is poised to make that next ‘evolutionary’ leap in laptop design. This results in a leaner, more elegant, and more portable package. This laptop is a premium machine inside and out.

And, thanks to the internal components used in the HP Spectre x360, it’s as powerful as it is gorgeous. 2021’s x360 is shaping up to be an excellent successor to last year’s Spectre.

Windows 10 boots quickly, and is fast and responsive, and you can even play a few indie games on it – as long as you don’t mind setting graphics to low.

Most impressively of all, though, is battery life. The HP Spectre x360 (2021) manages almost 13 hours in the intensive PCMark 10 battery life test. In our own experience, we happily made it through a full workday using the laptop. If you were under the impression that Windows 10 laptops wouldn’t be able to compete with MacBooks or Chromebooks for battery life, the HP Spectre x360 (2021) does a very good job of proving you wrong.

Our only complaints are that when used as a tablet-like device (thanks to its 360-degree hinges), the HP Spectre x360 (2021) goes from being a slim and sexy laptop to a rather bulky and unwieldy tablet. The option is nice to have, but if you’re looking for a device to use as a tablet more often than a laptop, we’d recommend a device such as the Surface Pro 7 or iPad, which are thin and light tablets that can be used with keyboards.

Aside from those issues, this is a supremely accomplished laptop that’s great for day-to-day use, including work. However, with starting prices of $1,349/£1,199/AU$3,339 (various markets have different starting configurations), it’s pricey. If you have the budget for it, though, you won’t be disappointed. 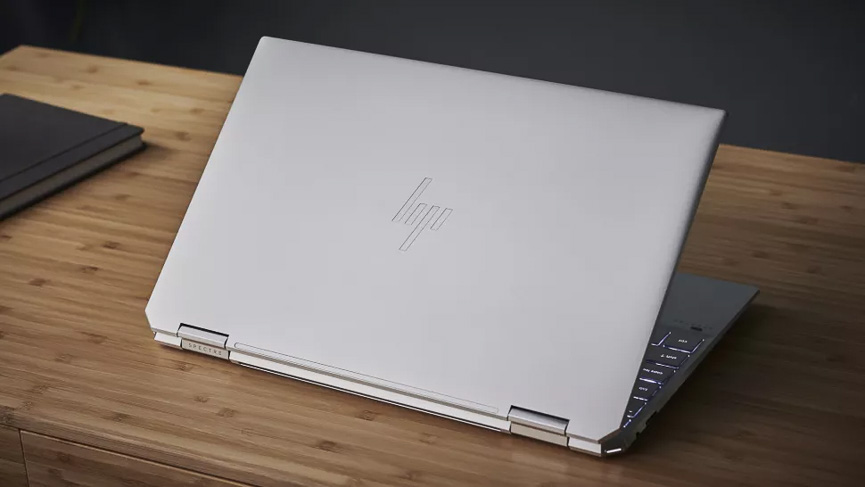 Like models in the UK and US, there are numerous configurations available, including models with 14-inch and 15-inch screen sizes.

So, as you can see, there’s plenty of choice available for those in the market for a new HP Spectre x360 – but we’d hesitate to say there’s a model for every budget. Even the cost of the base models exceed those of many other laptops. This is a seriously premium laptop – which means it needs to work hard to justify its high price. 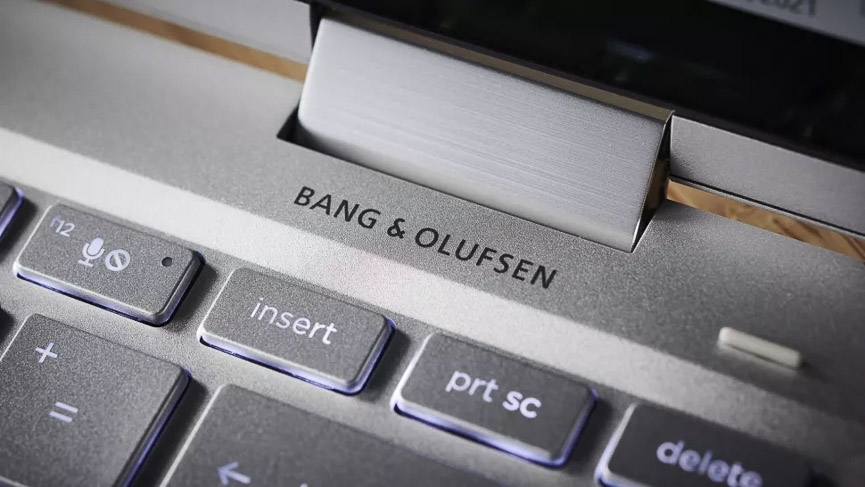 With a premium price you expect a premium design, and HP certainly delivers with the HP Spectre x360 (2021). To be honest, we never had any doubt that it would; the previous model was one of the nicest-looking laptops we’ve had the pleasure of reviewing.

So, it comes as little surprise that the new model is yet another gorgeous laptop from HP. Design-wise, the HP Spectre x360 (2021) is basically identical to the previous model  – which is no bad thing, considering how impressed we were with its looks.

In terms of connections, you get an audio-in jack and full-size USB port on the right (the inclusion of a full-size USB port is a nice touch for such a thin and light laptop), plus two USB-C ports, a microSD port and a physical webcam kill switch on the left.

The latter allows you to turn off the webcam when it isn’t in use; it’s a great feature for people concerned about their privacy. It’s definitely a big selling point, and that – along with the full-size USB port and microSD slot – show that it is possible for a thin and light laptop to incorporate multiple connections without compromising design. It certainly puts the two USB-C ports of the MacBook Air (M1, 2020) and MacBook Pro 13-inch (M1, 2020) to shame. 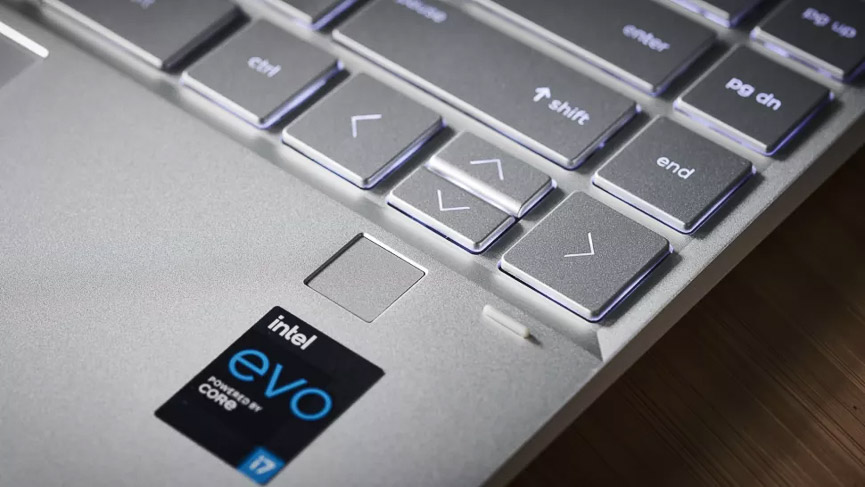 Open up the HP Spectre x360 (2021) and you’re presented with a bright and vibrant screen, surrounded by extremely thin bezels. This gives the device a modern look, while keeping the overall size of the laptop down. It’s another case of a Windows 10 laptop looking more stylish than an Apple MacBook – something both HP and Intel will be pleased to learn, and is yet another reason for Apple to consider updating its MacBook designs.

The keyboard is large and enjoyable to use, with the keys offering decent travel. They’re also backlit, so you can comfortably use them in the dark.

The touchpad is nice and responsive. It’s wider than you’d expect on a 13-inch laptop, providing a bit more room to move your fingers. There’s also a fingerprint scanner to the right of the touchpad for logging into Windows 10.

Similar to HP’s provision of ports, the company has found a way of cramming a large keyboard and trackpad into a small body. It’s a seriously impressive design feat, and means the HP Spectre x360 (2021) doesn’t only look good, it feels good to use as well. 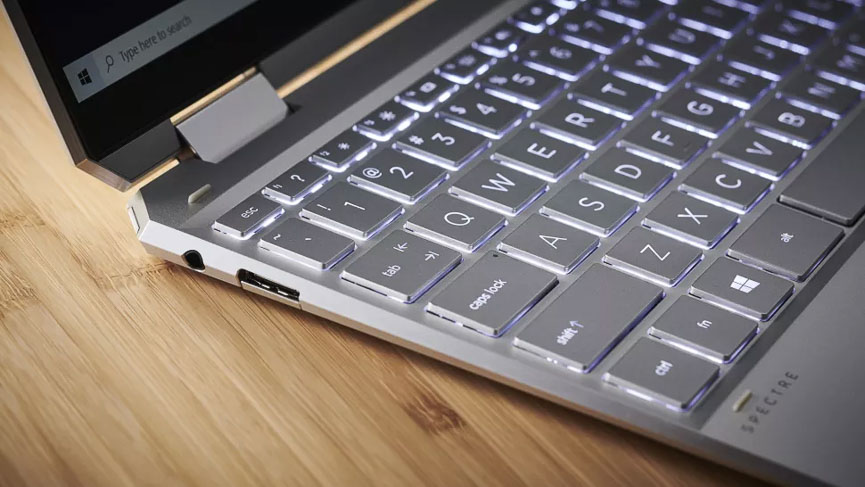 The biggest upgrade on the HP Spectre x360 (2021) over the previous model are its components and performance, with the laptop being a showcase for Intel’s latest mobile processors.

The review unit we were sent in for review features an Intel Core i7-1165G7 processor. This is a quad-core unit that can achieve boost speeds of up to 4.70GHz, which marks a decent leap over the Intel Core i7-1065G7 (the previous generation CPU) included in last year’s model.

As you can see in our Cinebench and Geekbench results, the new HP Spectre x360 (2021) delivers a lift in performance compared to last year’s model, with a single-core score of 1,317 compared to the previous model’s 1,259. It isn’t a huge leap, but it’s an increase nonetheless. The Intel Core i7-1065G7 was a pretty great mobile processor anyway, so it’s good that Intel has built on its solid foundation. 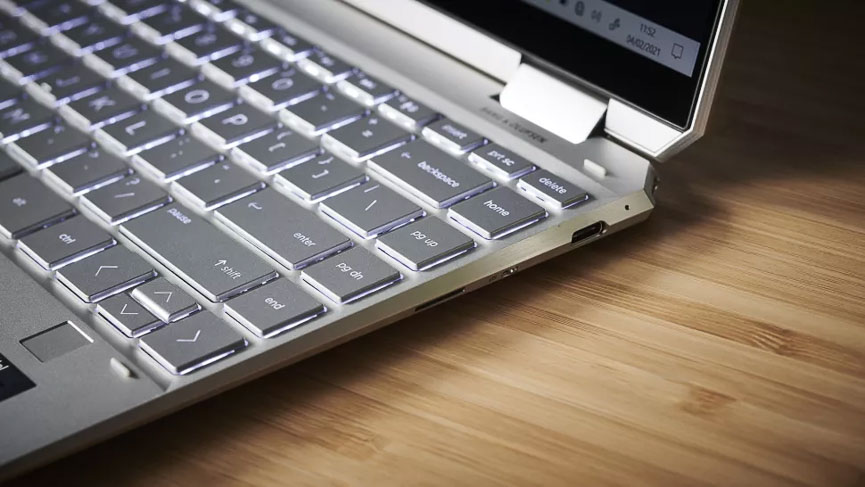 For day-to-day use, then, the HP Spectre x360 (2021) delivers the sort of performance you’d expect of a premium laptop at this price point. You certainly won’t be disappointed.

However, one of the biggest upgrades to come alongside the new Tiger Lake CPUs such as the Intel Core i7-1165G7 is the inclusion of Intel Iris Xe graphics. This is an integrated GPU that promises to offer vastly improved performance compared to previous integrated graphics, and could even rival some discrete GPUs.

While the HP Spectre x360 (2021) certainly isn’t a gaming laptop, it could feasibly run some PC games that other thin and light laptops would struggle to run. While Cyberpunk 2077 at full graphical settings isn’t on that list, Intel has claimed it could play GTA 5 at over 60fps, while esports games such as Rocket League, League of Legends and CS:GO – which are less graphically demanding, but require fast performance – could be playable. 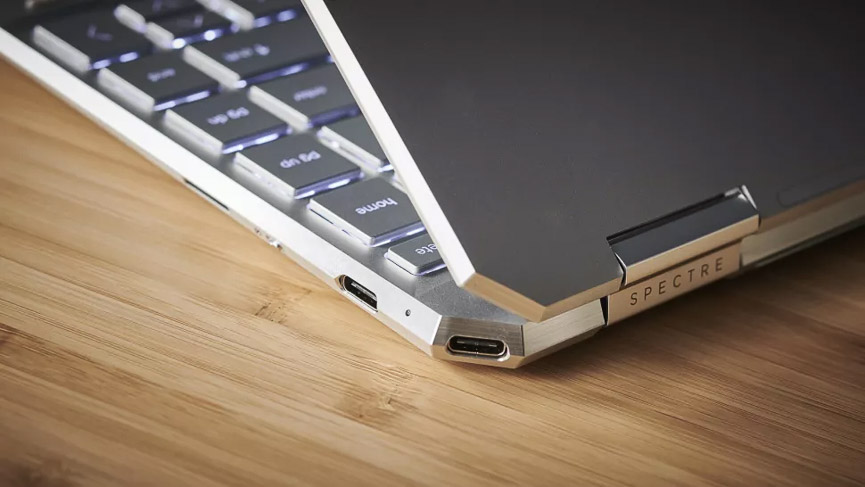 So, of course, we attempted to play a few games on the HP Spectre x360 (2021). As we’ve mentioned, this definitely isn’t a gaming laptop, but we wanted to see if it would be possible to play games at the end of the day, when you want to unwind after a hard day at work.

The answer is: sort of. Total War: Three Kingdoms managed only 30fps on low settings. Anything more demanding was unplayable. We also fired up Ori and the Will of the Wisps – a visually stunning 2D platform game, which despite looking great, is less taxing than a lot of other modern games. Unfortunately, we had to drop graphical settings to low, and scale down the resolution, to achieve smooth gameplay. As such, while it was possible to play modern games such as Ori and the Will of the Wisps, it was only with big sacrifices to graphical fidelity. So, don’t give up the day job, HP Spectre x360 (2021).

One thing to note, is that even while performing relatively low-powered tasks, such as downloading an app, the fans of the HP Spectre x360 (2021) will kick in. In a way, it’s understandable, since this is a super-thin laptop that needs to keep its components cool. However, it proved annoying, and was in sharp contrast to the silent operation of the MacBook Air (M1, 2020), which has a fanless design. 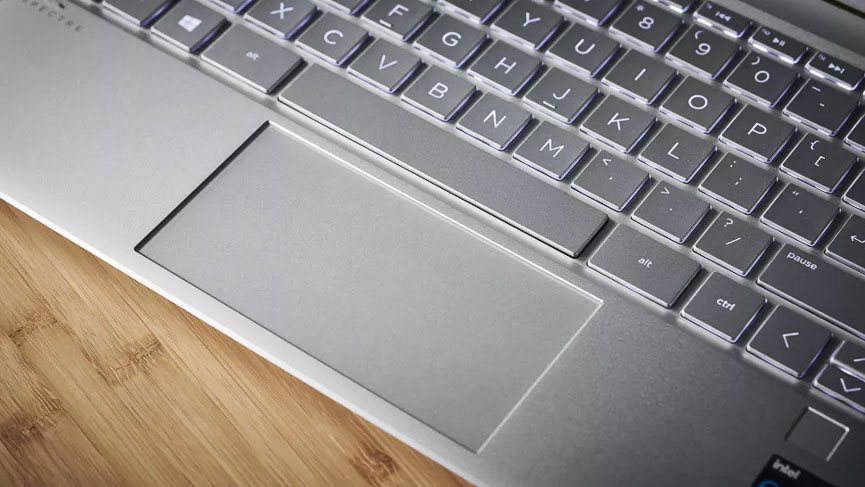 One of the biggest quality of life improvements Intel is pushing with its Intel Evo platform is long battery life, and the HP Spectre x360 (2021) doesn’t disappoint here. It lasted an excellent 11 hours and 22 minutes in our own battery life test, which loops a 1080p video file at 50% brightness until the battery dies.

The previous HP Spectre x360 also performed well in this test, scoring 10 hours and 55 minutes. Nevertheless, the extra half an hour is welcome, and it means the more powerful components haven’t come at the cost of battery life.

We also ran the intensive PCMark 10 battery life test on the laptop, which replicates day-to-day use such as web browsing and video calling. Here, the HP Spectre x360 (2021) managed almost 13 hours – again, a very impressive achievement and a big leap over the previous model’s four-hour result (on PCMark 8).

As such, the HP Spectre x360 (2021)’s battery is nice and balanced; it’s able to last equally well in both light- and medium-use cases. You’ll easily get through a full work day on this laptop, which makes it an excellent tool for business users who are looking for a device that offers superb performance, fantastic looks, and won’t need to be plugged in until they return home.

You want a stylish laptop
The HP Spectre x360 (2021) really does look and feel premium, sporting one of the best designs we’ve seen in a laptop.

You want a powerful laptop for day-to-day use
The new 11th-generation mobile CPU from Intel means Windows 10 runs extremely well, and the laptop is even capable of a bit of light gaming.

You’re after all-day battery life
The battery life of the HP Spectre x360 (2021) is excellent; it will easily last you a full work or school day. Even on long transatlantic flights (remember those?), this laptop should last the journey.

You want a silent laptop
The fans of the HP Spectre x360 (2021) kick in a little bit too readily, which means this is a laptop that can get noisy in use. The new MacBook Air, with its fanless design, shows how it’s done.