Wondering where to sell old lens? Want to sell used lens for cash? Sell old lens, used lens to tradelectronics Sydney. Users who know about Pentax may already know the meaning of various logo of Pentax lens, but many non Pentax users don’t know much about it. In this SMC Pentax FA 50mm f1.4 SDM lens, SMC means super multi coated. Pentax introduced this kind of coating in 1971. It adopts 7 layers of coating, which greatly improves the transmissivity of lens, and reduces the reflectivity of each lens surface to only 0.2% – 0.3%. It can play an extraordinary role in color reduction, ghost and glare. Although other brands later introduced better coating technology, SMC was first introduced as a technology selling point in the industry, so it was impressive. 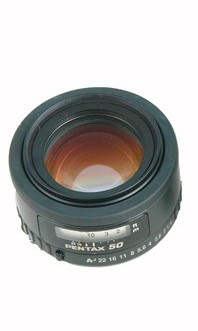 Pentax lens has always taken a small and light route, especially the “three biscuits” to achieve the ultimate volume of the lens, which has attracted the envy of many Pentax users. While the FA 50mm f / 1.4 lens is not up to the “cookie head” standard, but in the same type of lens, its volume is also the first. First of all, the FA 50mm f / 1.4 lens is not a full-time manual focus lens, and there is no focus mode switch key on the head’s lens body. The switch focus mode can only be manually operated by the switch key of the body. 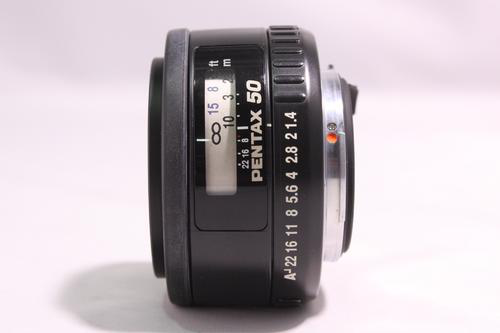 The focusing ring of FA 50mm f / 1.4 is very narrow, but it has a good feel, moderate damping and even. Its focusing path is about 120-130 degrees, but the focusing ring can not continue to rotate after reaching the nearest focusing distance and the farthest end.

Its workmanship is impeccable, with a good sealing, delicate hood. In terms of imaging, this lens has an extraordinary performance ability in detail description, its sharpness is amazing, and its contrast and contrast are well controlled. In terms of anti glare, we are quite satisfied with the performance of this lens. Large aperture, beautiful out of focus blurring and gorgeous colors are the advantages of this lens.