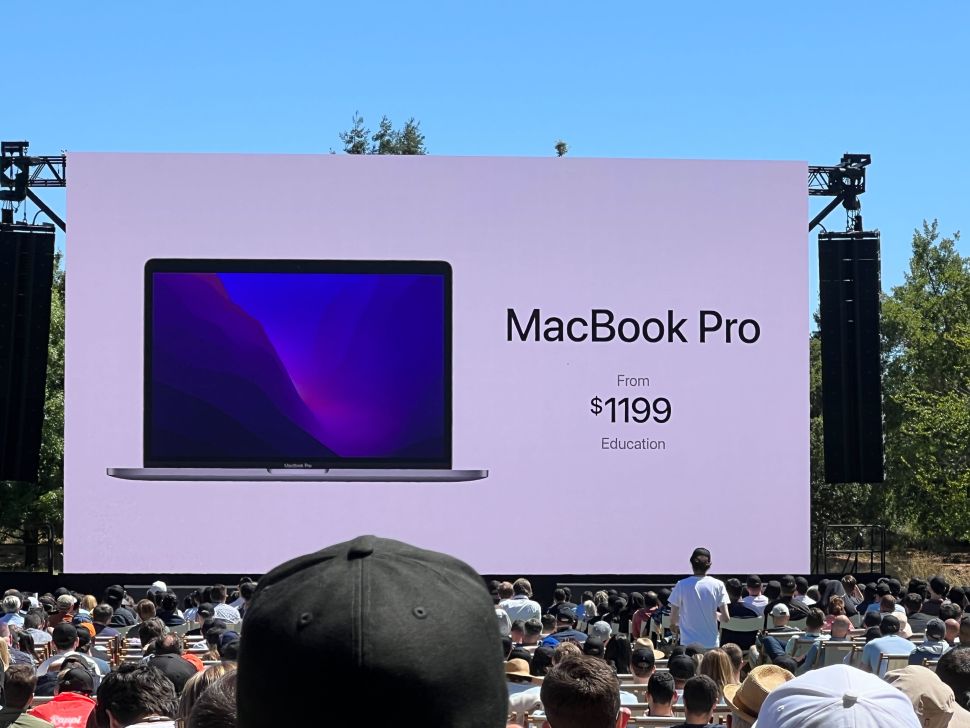 The Apple MacBook Pro 13-inch 2022 is official, powered by the new Apple M2SoC, and it promises to be one of the most powerful mobile workstations for professionals around.

The 13-inch MacBook Pro (2022), announced at WWDC 2022, follows up the 2020 M1-version, which is one of the best mobile workstations around thanks to its excellent mix of performance, portability, and pricing.

How this new MacBook Pro 13-inch will stack up against its predecessor remains to be seen, but given all we’ve heard during the Apple WWDC 2022 event where it was announced, we expect that it will be a more than capable successor to one of the best laptops we’ve ever gotten our hands on.

That doesn’t mean it isn’t in for some criticism though, namely around the lack of a physical redesign. The new MacBook Pro 13-inch looks pretty much identical to the previous model, which is especially disappointing when seen next to the Apple MacBook Air 2022, which did get a fresh coat of paint as it were (even if we weren’t sold on the color options).

Still, the new Apple Silicon is absolutely more than enough reason for many people to upgrade to the new model, especially if they are coming from older Intel-based MacBook Pros. How do those models stack up against the MacBook Pro 13-inch (2022)? Fortunately, we’ve been able to pull together a lot of new details and specs to help make sense of it all.

The Apple MacBook Pro 13-inch (2022) is official, and you can preorder the new entry-level professional workstation now, with shipments expected to begin in July 2022, starting at $1,299 / £1,299 / AU$1,999. There are also special discounted rates for students and teachers and educational institutions.

While rumors of the cancellation of the MacBook Pro 13-inch have been circulating for about a year now, the entry-level MacBook Pro model shows it still has some fight left in it. How much fight remains to be seen, since Apple did not deign to give the newest MacBook Pro a redesign, something the MacBook Air 2022 (also unveiled at WWDC 2022) did receive. Which makes sense, the Apple MacBook Air isn’t going anywhere, but the 13-inch MacBook Pro’s days may be numbered, at least in the long term. Whatever the reason, it looks nearly identical to the 13-inch MacBook Pro (M1) released back in 2020.

The Retina display sports a 2560x1600p native resolution with up to 500 nits of brightness. As for ports, there will be two Thunderbolt/USB 4 ports with charging support, DisplayPort video-out, Thunderbolt 3 and USB 4 data transfer (up to 40GB/s), and USB 3.1 Gen 2 (up to 10GB/s). There will also be a 3.5mm headphone jack as well.

The MacBook Pro 13-inch (2022) will also come with a 16-core neural engine that Apple claims is 40% faster than the neural engine in the Apple M1. With a 58.2WHr battery and with the efficiencies built into the M2 courtesy of its big.LITTLE architecture, Apple claims an estimated 20-hour battery life, which is two more hours than what it claims for the MacBook Air 2022.

It will be configurable from 8GB up to 24GB Unified Memory, and from a 256GB SSD up to 2TB SSD.

In terms of performance, we can only go off of Apple’s notoriously vague perfromance claims, like the claim that the M2 GPU was 3.3 times faster than an unspecified Intel Core i7 processor with integrated graphics. The M2 is said to be 18% faster than the Apple M1, however, so this is at least more of an apples-to-apples comparison that we can test when we get one in for review.