Apple launched more phones simultaneously than it ever has before with the four-strong iPhone 12 family, so it’s perhaps unsurprising that there’s a fair amount of overlap between them.

What did come as something of a surprise was the degree of similarity between the iPhone 12 and the iPhone 12 Pro. Apple has really closed the gap between its two main smartphone categories, resulting in a tricky choice for any potential upgrader.

So which phone is the better buy, the iPhone 12 or the iPhone 12 Pro? These are two of Apple’s best phones, and it’s likely to stay the case until the iPhone 13 arrives later in 2021. This is the tightest fight of the whole iPhone 12 series, so let’s break things down.

For all their many similarities, there’s only one area in which the iPhone 12 flat out trounces its Pro brother: price. But given how close things are elsewhere, it’s a singular win that could prove decisive come decision time.

Even taking into account the 2017 iPhone X overhaul, Apple’s smartphones have had a vaguely similar rounded feel since the iPhone 6 in 2014.

The iPhone 12 and iPhone 12 Pro design harks back to before that time, restoring some of that iPhone 4 and iPhone 5 industrial magic. Both sport sharp, flat surfaces and rims, except for those curvy corners.

They’re exactly as tall (146.7mm), wide (71.5mm), and thick (7.4mm) as one another, but there’s a surprisingly big difference in weight. The iPhone 12 Pro’s stainless steel rim, extra RAM, and additional camera elements combine to add 25g of weight for a total of 189g.

That difference in materials is backed up by different finishes. The iPhone 12 Pro gets shiny Silver, Graphite, Gold, and Pacific Blue, while the aluminum-rimmed iPhone 12 gets plainer yet also bolder shades of Black, White, Red, Green, and Blue.

Both phones share Apple’s new nano-crystalline Ceramic Shield screen technology, which makes it four times stronger than older handsets. The rear isn’t so tough, however, and we managed to crack our first iPhone 12 Pro unit following a drop onto concrete.

A shared IP68 rating means both phones can be immersed in six metres of water for up to 30 minutes.

Those playing spot the difference will find it tough telling the iPhone 12 Pro’s screen apart from the iPhone 12’s.

They’re effectively the exact same 6.1-inch Super Retina XDR OLED screen, with exactly the same 1170 x 2532 resolution. This means that both are among the best, most balanced, and most colorful displays on the market. HDR content sings whichever model you opt for.

There is just one subtle difference here. While both phones share a peak brightness level of 1200 nits, the iPhone 12 Pro gets brighter under typical conditions. It’s quoted as hitting 800 nits as opposed to the 600 nits of the iPhone 12. We’re rather mystified as to why that should be, but there you are.

However, both screens share the exact same chief drawback. Neither can stray beyond a 60Hz refresh rate, which places them well behind the 2020 Android pack. Not only can the likes of the flagship Samsung Galaxy Note 20 Ultra hit 120Hz, but so too can the budget Poco X3 NFC.

This omission is a bigger disappointment in the premium-priced iPhone 12 Pro than it is in the iPhone 12, given that Apple introduced its own 120Hz ‘ProMotion’ standard as an explicitly pro-level feature of the 2017 iPad Pro. But really, they should both have it. 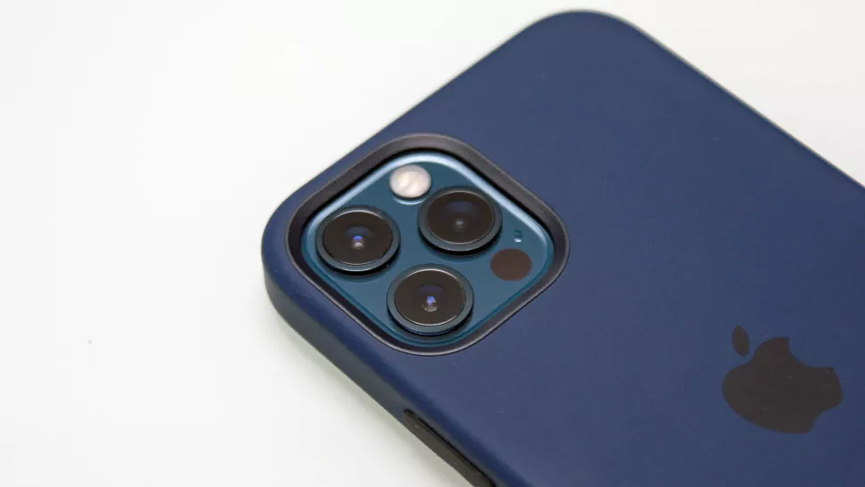 There are a number of notable differences between the iPhone 12 Pro camera and its iPhone 12 counterpart, but the resulting shots are surprisingly similar in quality.

While the iPhone 12 camera is a lot simpler, it’s built around the exact same 12-megapixel main and ultrawide sensors as the Pro. Yes, this means that it misses out on those telephoto and LiDAR sensors, but it also means that the vast majority of the shots you take with the iPhone 12 will be practically indistinguishable from their Pro counterparts.

That even includes low light shots, where that f/1.6 aperture main sensor is heavily leaned upon. Sure, the Pro’s LiDAR sensor ensures superior lock-on in poor lighting, but the quality of Apple’s Night Mode algorithms leads to very similar results.

Both phones can use Night Mode across all of their cameras, which means that the Pro can give you bright night time 2X zoomed shots. If that’s your preferred framing choice, you might want to go Pro.

There are two other advantages for the iPhone 12 Pro camera. Presumably because of its greater amount of RAM, and not because Apple has artificially gated its feature set (heaven forbid), the Pro can take higher quality ProRAW shots. These preserve more image data whilst still applying Apple’s fabulous computational improvements.

Another camera feature that’s unique to the iPhone 12 Pro is Dolby Vision video recording, which boosts the tone and dynamic range of your footage at an impressive 4K and 60 frames per second. The list of devices you can watch these back on is relatively slim at present, but it’s a feature that could come into its own in future. 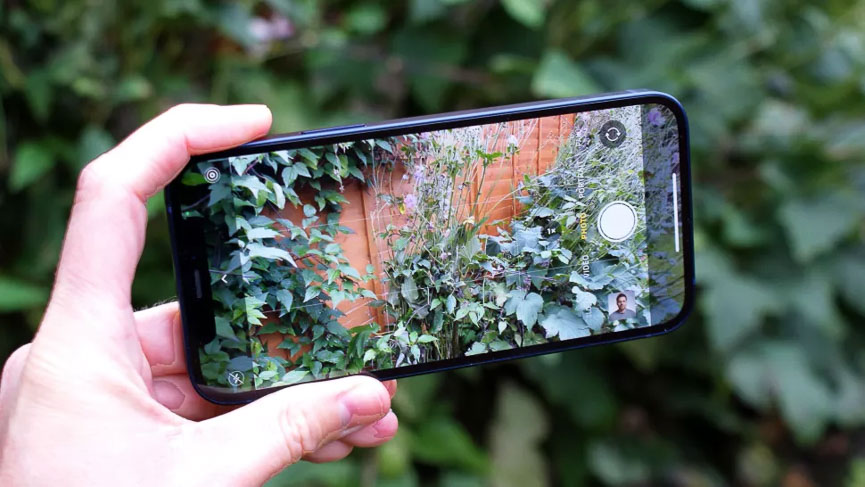 Both phones pack impressive performance, with the same A14 Bionic chip that works out to be 20% faster than last year’s models.

The major spec difference here is that the iPhone 12 Pro has 50% more RAM than the iPhone 12 – 6GB as opposed to 4GB. In truth, though, we didn’t notice any performance difference whatsoever.

In all honesty, Apple’s iPhones are so powerful these days that what you’re really buying is performance headroom for the years to come. Both the iPhone 12 Pro and the iPhone 12 will almost certainly feel fast for years, with the slight edge going to the Pro.

In storage terms, the iPhone 12 still gets the same old 64GB of storage in the entry-level model, which is pretty meager by 2020 standards. The Pro thankfully boosts this to 128GB. We’d like to see this normalized across the range for the 2021 updates.

The Pro model also gives you 256GB and 512GB options, whereas the iPhone 12 goes with 128GB and 256GB. This could be the most compelling reason to upgrade to the Pro, especially if you’re someone who stores a lot of media or shoots a lot of videos on their phone.

Apple has really been pushing 5G with the iPhone 12 range, and both of these phones have access to next generation networks. Not that most people will be able to make the most of this at the time of writing, but again, it’s a feature for the future. 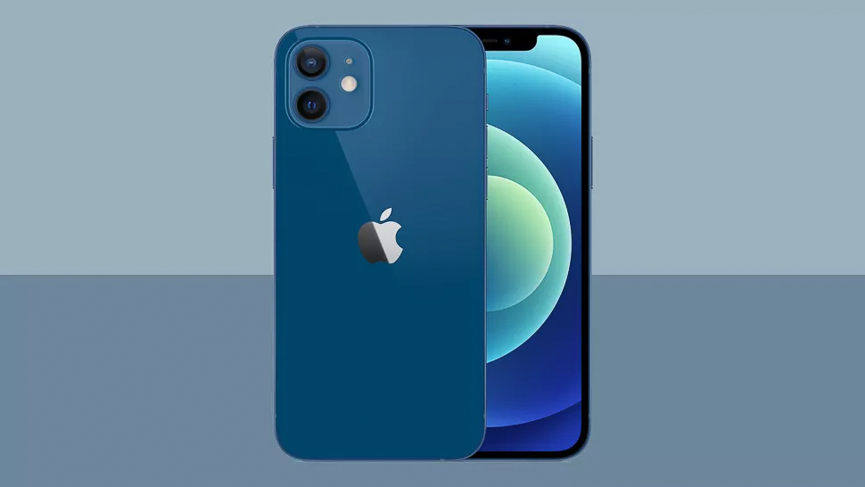 In practical terms, we were routinely able to get through to midnight with half a tank full. But that was with light usage and near constant connection to a stable Wi-Fi connection.

Ramp up your usage and step out into the wild west of variable mobile network connectivity (which now includes battery-sapping 5G), and that performance will plummet. Moving about in this way will see you losing 10–15% per hour, while we reckon that 5G connectivity will mean 15–20% less battery life than the previous models. This is broadly the case with both phones, as befits their similar specifications.

Apple also quotes an hour less of video playback than before with these phones, which reflects the fact that they can’t stand up to media quite as well as the iPhone 11 range before it.

Of course, you won’t get this MagSage charger in either box. In fact, you won’t even get a physical charging plug, just a USB-C to Lightning wire. Apple’s new 20W fast charging plug will cost you an extra $19 / £19 / AU$29 on top of the price of your iPhone. Yes, even with your expensive Pro model. 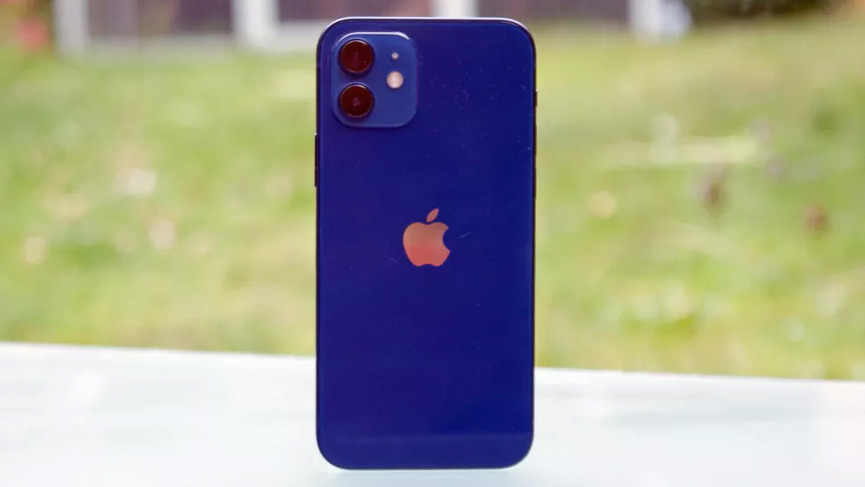 While both of these phones have taken steps forward from their predecessors – particularly when it comes to design – it’s the iPhone 12 that has taken the biggest generational leap forward.

It’s such an advance, in fact, that the gap between the iPhone 12 Pro and the iPhone 12 is startlingly slim. They’re very similar indeed, to the point where you might question the more premium phone’s Pro credentials.

If you really want the ability to shoot zoomed-in photos, or you find yourself needing a full 512GB of storage for your media, then the iPhone 12 Pro is the ideal pick. Otherwise, the iPhone 12 is the better buy for most people. It’s lighter, cheaper, and pretty much just as good at the things people care about.